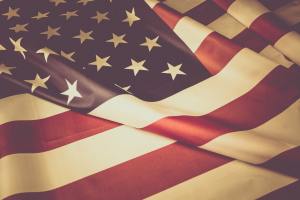 Photo by Bermix Studio on Unsplash

I grew up in Champaign, Illinois and have numerous recollections of my experiences there.

When needing space, I remember taking Mom’s beige, station wagon Mazda out into the cornfields, parking and just staring at corn stalks all the way to the horizon.

I remember riding my ‘racing’ bicycle with the curly handlebars that I had custom fitted. I wore a sleek helmet and rode hunched forward low down Green Street toward campus town, zipping past cars at a dangerously high speed. The wind rushed against my body and I felt invincible. Wasn’t.

I remember blanking out on my first, introductory statistics test at university and, after about ten minutes of feeling an empty pit in my stomach, standing up, walking downstairs—it was an indoor, curved, sloping ‘amphitheater’—toward the front of the classroom, and placing my nearly empty exam on the table and exiting. Agony and Relief.

Then there were the times that we went to Taffies for a meal. It was Greek owned. We knew the owners from church.

Champaign was a quiet place where nothing much happened. I had friends of various races.

My high school experience had uniquely American moments like when the boys crushed a maroon-colored car with baseball bats in the atrium. It was the color of the opposing football team. I remember thinking, ‘Why on earth would they want to do this to a perfectly good car?’ Immigrant thinking. Don’t waste.

Once, I remember returning from a holiday in Greece with my family in late summer. As we rode home from Willard Airport, I noticed how green and lush the vegetation was and palpably felt the hot, sticky, humid air as it rolled through the cab’s open window.

I learned English by watching the news. In the American cities we lived in before moving to Champaign, as a child, I would watch the news. That’s why I ended up speaking English like a news anchor. My accent was flat and neutral and corresponded to standard American English. Child of immigrants. Made in the U.S.A.

The neighbor boy liked to bully me for no good reason. One day, my dad got sick of it, cornered the boy and said a few choice words. I was never bullied again. Bye-bye bully. 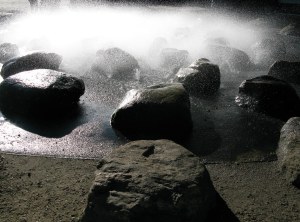 Photo by Elizabeth B. Thomsen

The journey of life is buffered by our childhood experiences.

The most inconsequential happenings suddenly loom large and become disproportionately significant. The things that we count as meaningless may, in fact, be the most meaningful of all.

Let’s Take it to the Next Level together. Book your appointment with me today,

I love what I do, thanks for visiting my blog.

Luba Rascheff is Founder and President of Luba Rascheff Consultancy and Creator of Take it to the Next Level.