I participated in an administrative meeting recently where the questions popped up,

Are we so busy that we can’t spend time doing nothing?”

For doers—and you know the type, the ones who can’t sit still but must act or else—being becomes difficult.

Truth be told, without being able to just be—meaning, meditatively contemplate, sit still or pray—doing becomes a hollow shell, an empty promise, a barrage of actions that, instead of adding meaning, lead us farther and farther from it.

We must be before we can do.”

The young person who asked the above questions then confidently blurted out,

It must be difficult for a room full of doers to just be!”

It’s like when Jesus asked the Pharisees, “How can the Messiah be David’s Lord as well as his son?” [i] It’s the kind of paradoxical question that seems to cry out “Back to the Future!” or “Dr. Who!” 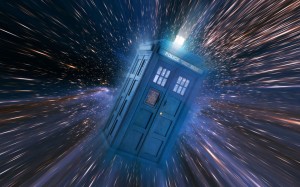 To be at my best, to come out with those thoughts and lines that will be meaningful and resonate, I first need to access the still center of my being. Another phrase for this could be my core identity.

This center allows me to become receptive to the realm of “what-has-yet-to-be.” From there, I can then manifest that which was always supposed to be.

An example was given recently about Martin Luther King Jr.—who was initially named Michael Luther King Jr., but who later changed his name to reflect that of the leader of the Protestant Reformation, Martin Luther—being in the back of a room at a presentation. When someone invited him to come to the front, he transformed from an observer to a participant.

He gave his lecture after which the person said, “Why don’t you talk about your dream?” And of course, in retrospect, we know that this dream was to become what he would become most famous for.

I have a dream that my four little children will one day live in a nation where they will not be judged by the color of their skin but by the content of their character”[ii] and, 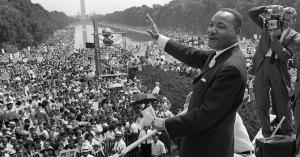 I think that it’s after sitting in the back of the room and being for a while that, when we’re called forward, the utterances that come from our lips immediately enter the realm of doing.

From being comes doing.

From being last comes being first.

It is in such very natural moments that the flow from being to doing is best exemplified.