Although it seems counter intuitive, readers are primarily interested in the author after which they’ll read their books. An author could, for example, write prolifically yet have readers want to know intimate details about them. Readers, I’ve come to understand, long for this intimate knowledge combined with an emotional rapport with the author. It’s that “special bond” that lets readers know you’re human and that you care—about them and the world around you, generally speaking.

Let me tell you a bit about myself

When I was a teenager, I read Dr. Wayne Dyer’s book, Manifest Your Destiny. If you’ve been following my blog, you know that I already mentioned this. Although I’m repeating myself, I’d like to tell you more about my discovery now.

I read the book in a secret hiding place: our home’s verandah, where all the unused yet accumulated clutter was stored. I chose the verandah because I didn’t want anyone to know I was reading such a book. That’s because, on some level, I knew that what the book said was extremely powerful and that, provided one believed, it could happen. I remember squatting, surrounded by messiness (an old bicycle, my enormous, stuffed Clifford toy), staring at the book’s cover with its yellow hue and smiling author who mesmerized me. I looked at a then younger version of Dr. Dyer wondering, “Who is this man who knows such things?”

After reading the book, I promptly forgot all about it and proceeded to do all of the things (read, societally approved and expected behaviour) that everyone does. The idea, though, that manifesting one’s destiny was possible, however, remained planted somewhere in the deep recesses of my mind. It didn’t fade away. It remained for future reference.

As a teenager reading Dr. Dyer’s book, the idea that I could write books which would be distributed and sold all over the planet arose in my mind. It was probably too much for me to absorb, then, which is why I blocked it out.

There’s a time for everything

In the same way that we can’t force a flower to bloom, we can’t make an idea germinate before its time. Forcing something before its time can have counter productive, not to say disastrous, effects. 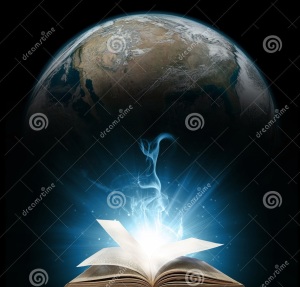